How Can an Accountant Help in the Divorce Process? 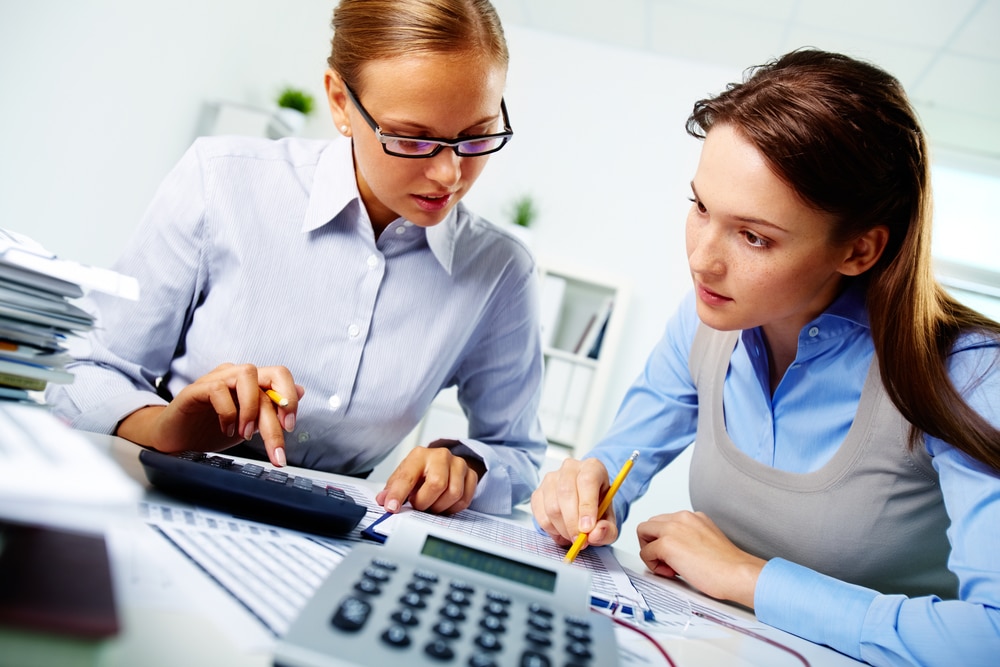 13 Jan How Can an Accountant Help in the Divorce Process?

Many divorces start because of one problem: money. Not having enough of it or disagreeing on spending and saving habits can drive a couple apart and lead them to the realization that they are not compatible. However, money issues don’t stop during a divorce – they will (albeit briefly) escalate.

This is because the couple will be forced to decide how they will divide their assets and their liabilities, particularly if there are numerous accounts to handle on both sides. That’s why many couples that are going through a divorce turn to a rather unconventional solution: hiring a forensic accountant. Having an accountant assist your attorneys in the preparation of financial records for evidence can boost your chances of producing a favorable result in the divorce process. This guide will detail the many divorce aspects an accountant can help you through the divorce process.

1. An accountant can help divide assets equitably.
When it comes to assets – such as property, stocks, bonds, and mutual funds – it can be difficult to come to an agreement, even if both people in the divorce are determined to cooperate instead of leaving it up to a judge. And, if you haven’t signed a prenup, it’s easy for both spouses to argue about who should receive what, especially when it comes to the house, which many people tend to have an emotional, as well as financial, attachment to.

The role of an accountant is to aid your attorney by providing information so as to aid on the division of your assets so that both people get their fair share. An accountant will investigate to first find out exactly how much each of you have, placing your attorney in a better position to distribute everything in a way that satisfies both people. Having an accountant helps you avoid many of the difficulties that come with dividing assets during a divorce, such as not knowing exactly what you have or one person wanting to take more for himself or herself.

When it comes to dividing property, an accountant assesses both your home and the physical land that it is on, as well as all of the valuable items that both people own (for example, any valuable artworks that come with the house). Of course, it is also important to note if there are still any payments to be made on the house, as well as what the market is like and what the home’s value as an investment is.

2. An accountant can also help with settling debts.
One thing many people forget about in a divorce is that debts need to be distributed as well as assets. For example, if the two spouses took out a joint loan to pay off their mortgage, the remaining debt will have to be divided when they enter divorce proceedings.

3. An accountant can help smooth the divorce process.
Going through a divorce call can be a complicated process for all people involved, and tensions tend to run high, especially when it comes to discussing financial issues. As a result, it can be difficult to make decisions or to even be in the same room at some points, making it hard to move forward with the divorce process. Spouses can exchange nasty and sometimes violent words that can make everyone involved feel angry and uncooperative when really it’s important to move forward and continue to negotiate the terms of the divorce, including the care of children and the payment of child support.

An accountant is a neutral third party that will help ease the tensions between the two people, especially when it comes to contentious topics that may cause disagreement, such as payment of child support or division of assets. By their very nature, accountants add legitimacy to the proceedings, which means that both spouses in the divorce tend to trust their accountant, a position that helps the accountant settle arguments and keep things flowing equitably.

4. An accountant can prepare financial records for evidence.
Having an accountant will provide you with someone with the financial know-how to accurately calculate the debts, assets, and financial needs of both people involved in the divorce, which ultimately can be presented as evidence in front of a judge. This can dramatically increase your chances of being granted a quick and speedy divorce in Florida, as well as allow both people to move quickly on with their lives instead of spending months in a prolonged divorce process.

Furthermore, if the two individuals decide to take it to court instead of having a cooperative divorce (where both spouses agree to the terms of their divorce outside of court), having an accountant along will help settle the terms of contentious issues. For example, an accountant can provide evidence of both people’s financial situations in order to accurately determine child support figures, as well as expedite the process in coming to a final decision.