5 Things to Avoid During a Divorce 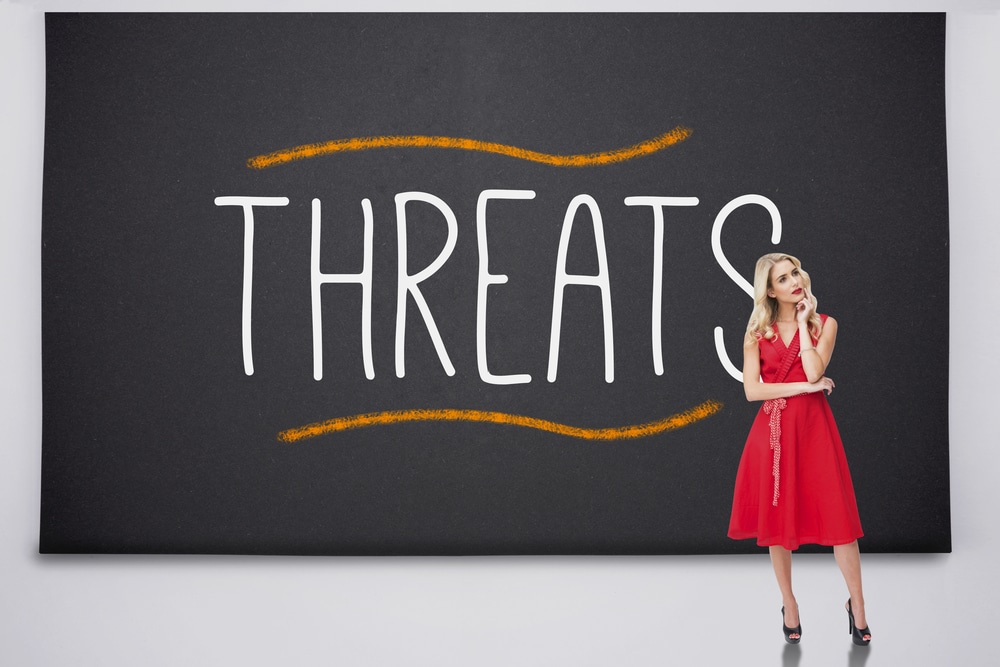 28 Jul 5 Things to Avoid During a Divorce

When going through a divorce, it is best to tread lightly to ensure that everything goes as smoothly as possible. If you are undergoing a divorce, there are several things that you should not do and this post sets forth the top five, from a legal perspective. If you are looking to stay out of hot water, pay attention and avoid:

Whether threats are verbal, written or digital, they can and (most likely) will become evidence in your case. Your spouse’s attorney can demand copies of text messages and emails as part of the evidence-gathering process. More accessible are public Facebook posts that may have been authored after an unfortunate meeting or phone call. Once an attorney gathers this information, it can become part of the court’s record and is accessible to anyone who searches for it. Though some of these phrases may not feel like threats, they can make your ex feel threatened. If your ex feels threatened, he/she may begin to ask for more in the divorce settlement and if there is proof as to why, receive what he/she asks.

This may sound like it does not need to be stated, but it is more prevalent than you may think. It is important to make sure that you do not become pregnant or impregnate others while you are going through divorce proceedings. A new baby can result in negotiating child support issues in addition to ongoing parenting issues (and perhaps child custody matters in the future). This would be a lot to begin during the course of a divorce proceeding, and if possible, should be avoided.

3. Burying Yourself in Debt

Excessive spending during a divorce can have an enormous impact on the outcome. Whether you are calling it “retail therapy” or an “extended retreat in the Bahamas,” you may be spending marital assets that you aren’t entitled to – and may be held accountable for in divorce court.

If you have buried yourself in debt while your divorce is being settled, you may not have enough money to lead a comfortable lifestyle after the divorce is final. Or, even if you are not in any sort of credit card debt, you may be in debt to your ex. Your final divorce settlement may require you to repay your ex for the monetary downfall you have caused.

Degrading your ex during the divorce is never a good idea. Your words can always be used against you if you have said something substantial. However, if you are a parent going through a divorce, it does not matter how significant your statements are. Degrading your ex in front of your children can have lasting adverse effects.

Children often see themselves as half of each parent. When one parent degrades the other, children often feel poorly about themselves as a result. It is best to remain as neutral and objective as possible during a divorce. It is better to discuss facts than opinions, especially when children are involved.

Keep in mind that a divorce often involves an entire family, and that family members tend to choose sides. No matter who degrades the parent, children can still be affected. Be sure to explain to your parents, siblings, aunts, uncles, etc., that your ex is not something to be talked about negatively in front of the children.

It is important to seek your own, independent legal counsel. What this means is seeking information about your separation agreement before signing. If at all possible, both parties should seek advice from two lawyers that do not work for the same law firm or in the same office. They must be entirely independent of one another. This will help to ensure that you are not being pressured by him/her to settle for things that you do not agree with.

Your independent legal advisor will explain any potential risks that you and offering suggestions or amendments to the agreement. If you choose to make changes, your lawyer can negotiate these amendments with your spouse’s lawyer if need be. Independent advice will protect both spouses, in that, if there are any problems in the future – it significantly reduces the potential claim (of either partner) that he/she did not comprehend the agreement that they were signing.