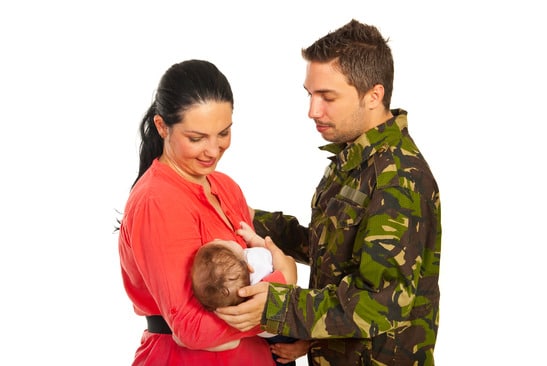 Many Floridian military service members are parents of children for which they have parenting plans. A common question that we receive from those military service members is regarding their rights and obligations regarding child custody during military deployment. More specifically, that servicemember usually wants to know if their parent (the child’s grandparent) or their new spouse can exercise their timesharing rights while they are deployed.

Under Florida Statute § 61.13002(2), a servicemember-parent is activated, deployed, or temporarily assigned to military service for a period of more than 90 days, and they are accordingly, not able to exercise their timesharing rights,  then the servicemember-parent may designate someone that will exercise their timesharing with the child on the service member’s behalf. However, there are some guidelines as to who can be designated for the timesharing. The designation is limited (by statute) to family members (such as a grandparent), a stepparent, or another relative of the child by marriage.

This designation of the new timesharer (for lack of a better term) is typically done through a temporary modification proceeding in the Florida family court.  The paperwork for the designation can be easily submitted to the court and another parent, but this must be done in advance of the designated party taking the child.  If there is a problem amongst the timesharer and the non-military member’s family while the service member is deployed (following the court’s approval of the temporary modification of time-sharing rights),  either party may also file a motion for enforcement of the court’s order. This order is eligible for enforcement via an expedited hearing. At the hearing on this issue, the court must permit the service member to testify by telephone, affidavit or other means if the parent is not able to appear in person at the hearing.

We are all well aware of the difficulties that military service members must deal with when deployed and they share physical custody of their children with another parent. Florida Statute § 61.13002 deals with some of the issues “head-on” in an effort to support our troops.

If you are in a similar situation and you have questions about your custody situation during your anticipated deployment, feel free to give us a call at +1.786.309.8588