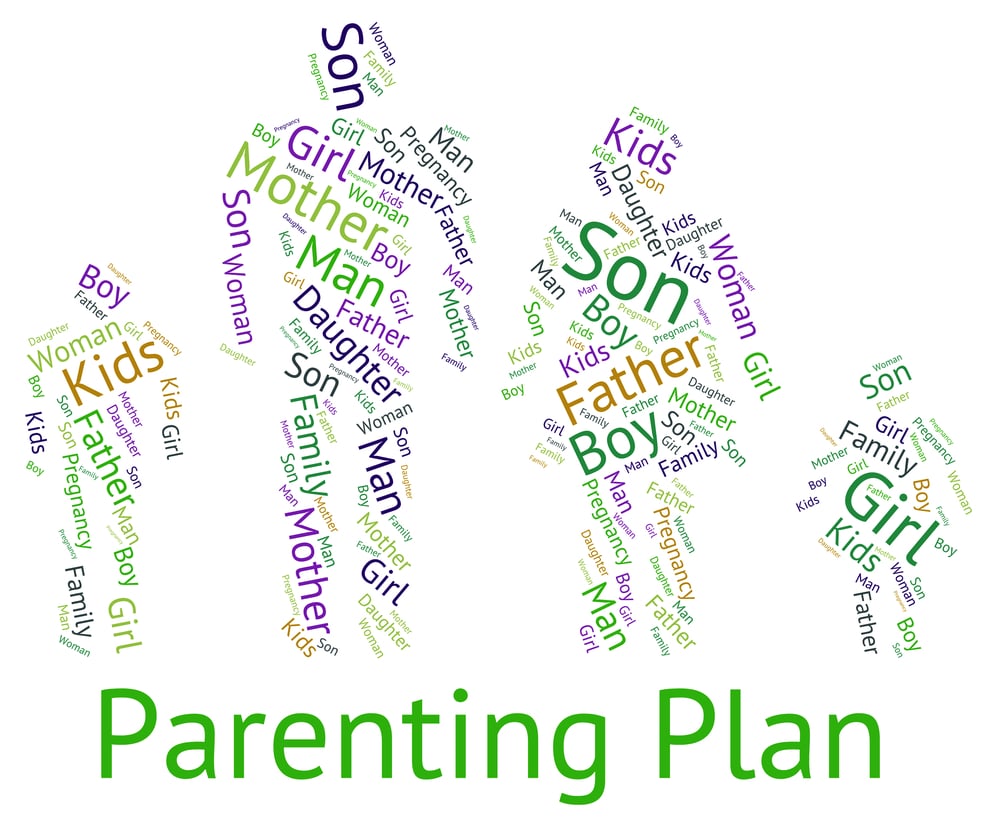 A parenting plan, also known as a custody and/or visitation agreement, is a document that specifically stipulates the custody and visitation arrangement and decision-making responsibilities of each parent in cases of divorce. This document is an important part of the divorce agreement, as it spells out specific information that directly affects the children. Since everything is written down, both parents and the children know what is expected of everyone involved. Having a parenting plan in place is beneficial to all children who are impacted by divorce. Following is some important information regarding parenting plans.

Why do divorcing couples need a parenting plan?

Many states, including the state of Florida, require a parenting plan to be part of the official divorce agreement. The states that do not require one, strongly suggest having one. Parenting plans are the best way to make sure everyone is on the same page and helps to assure that there are no problems regarding the children as time progresses.

Time with the children

A good parenting plan dictates when the children spend time with each parent. It generally works on a cycle that lasts either two weeks or one month. However, there are occasions when other cycles are used. Ultimately, the cycle that is used is dependent on the best needs of the children. Holiday visitations are also determined and spelled out by parenting agreements. Since time with the children is predetermined by the parenting plan, both parents are aware of the arrangements well in advance. The children are happier and experience less stress when they know which parent they are spending time with at any given time. The agreed-upon cycle should also reduce any friction or reason for arguments between the parents, which should eliminate any potential burdens on the children.

When these major issues are decided on in advance, it helps clarify issues for the children and helps them to understand that both parents are working in the children’s best interests.

Having an agreement on the day-to-day actions of the children and custodial parent helps to establish boundaries for both the children and parents. When everyone has clearly written expectations, it is easy for the children to see when parents are acting responsibly and setting a good example.

Elements of a good parenting plan

Although parenting plans can and should be customized for each divorcing couple, there are some elements that should not be excluded. Beyond the issues of custody and time spent with children that are listed above, every parenting plan should also include the following elements:

All divorced parents, even those who do not get along, should come together for the benefit of the children. Creating and adhering to a parenting plan is the best way for each parent to show the children how to act in a responsible and considerate manner.