What are Child “Pickup” and “Return” Orders under the Hague Convention? 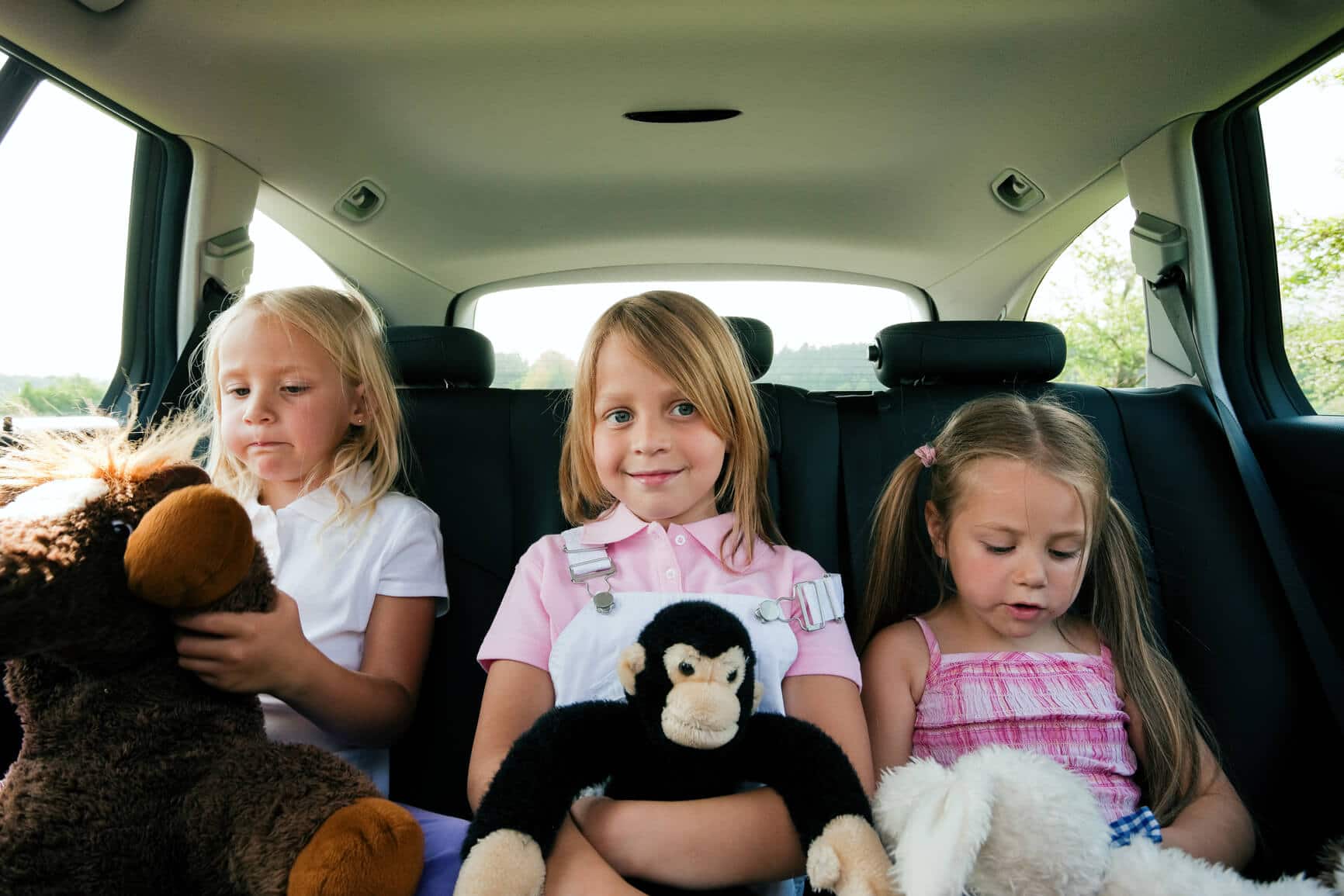 10 Apr What are Child “Pickup” and “Return” Orders under the Hague Convention?

All legal procedures are delicate, but when issues of child abduction (kidnapping) are involved, custody issues can become a bit more complicated. Thankfully, many detailed and time conscious laws have been put into place to help navigate custody battles in a way that puts the child’s safety first. By enacting laws which incorporate quick timelines and uniform laws, the justice systems of several countries have significantly decreased harm in cases in which child was put in harm’s way through an act that contradicts the child’s home jurisdiction’s custody ruling.

These actions have been made possible through the introduction of many important and lasting bills and acts that have laid out procedures for handling potential cases of guardians fleeing in the middle of child custody cases. Since the introduction of the first big act in 1980, the Hague Convention, both national and international legal systems have worked together to decrease the frequency of child abductions and withholdings.

In 1997, the Uniform Child Custody Jurisdiction and Enforcement Act (or simply UCCJEA) was signed into effect to increase the safety net further for children caught up in the custody court system. This act was passed to keep custody battles “exclusive and continuing jurisdiction” within the courts of a child’s “home state.” A state is considered a child’s home state when a child has been living with their guardian(s) for the past six months. This helps ensure that guardians with vicious intentions are not able to flee with a child while involved in a custody battle.

Essentially, this act is meant to detour the illegal abduction of any children that are involved in custody battles, both nationally and internationally. Child abduction has caused harm to many unfortunate parties in our nation’s history, but thankfully with continued legislation written to prevent these abductions the frequency of this crime has seen a significant decrease.

Another important act was the “Hague Convention of 25 October 1980 on the Civil Aspects of International Child Abduction, or known more simply as the Hague Convention. Although originally intended to help prevent child abduction and retention across international boundaries, this act has also helped within our actual borders. This was the first major legislature that helped limit the abilities of irresponsible, and sometimes dangerous, parents to do harm toward their own children.

Within this act, two particularly useful legal capabilities were given to the courts in order to help prevent child abduction and retention in custody battles. These legal procedures are known as “pickup orders” and “return orders.” Both have significantly detoured heated guardians from taking their child outside of legal boundaries during custody battles, and have thus made the legal process a much safer environment for the innocent children participants. Understanding the intricate details of these acts can be difficult, but having a good general knowledge of what they mean for both you and your child can help you navigate the emotional rollercoasters of child custody battles.

“Pickup orders” occur when a court has found that a child is in direct threat of being the victim of an abduction or retention by the guardian they are currently in the custody of. More specifically, these issues are warranted if a “child is imminently likely to suffer serious physical harm or be removed from the State.” If a pickup order is issued, the courts provide a warrant and proper child custody officers, and officials are sent in to take immediate physical custody of a child.

When a pickup order is issued the court orders officers to obtain the child as soon as they possibly can. This helps avoid any serious consequences to the child’s well-being. Additionally, when a warrant is being constructed, it must specify where the child is to be relocated. Barriers such as these are put in place so that children are not placed in harmful areas of legal limbo where they will suffer emotional distress. In the case of children with disabilities or special health needs, this barrier helps to protect them from physical distress as well.

However, the courts power to issue a pickup order is properly kept in check through proper screening procedures. Firstly, the petitioner of a pickup order for a child under the Hague Convention must first place an application for the warrant. The court then takes testimony from both the petitioner and a witness. This testimony can be given in many different forms since the issue at hand is often highly time-sensitive. For convenience and safety, the testimony may be given over the phone, in person or by any other legally sanctioned manner that your local law-enforcement and judicial system has approved.

Return orders, on the other hand, must be filed when a child is unable to be located for pickup in custody cases. These orders are issued to the guardian who currently is holding the child illegally and are just as time sensitive in nature as the original pickup order. Guardians who fail to comply with return orders put themselves in serious legal jeopardy. Their refusal to comply could eventually see them losing custody of the child, in addition to possible jail time and legal fines.

In both situations, timeliness is what ultimately helps to prevent catastrophe and dire consequences for the child in harm’s way. Both the Hague Convention and the UCCJEA are written in a manner that places explicit importance on creating the shortest possible timeline for legal action. Countless children have been kept out of danger since their writing, and more similar acts help to further their mission.

Preparing for both pickup and return orders requires determining what state has the “proper jurisdiction to make an initial determination” of the custody of a child. Under the UCCJEA text, there is a proper way of going about determining the proper state to handle the custody procedures. This helps to ensure that the proper guardian is being held accountable.

Under UCCJEA standards, the home state is first considered to be: “The state which is the ‘home state’ of the child, or was the child’s home state within six months immediately before the commencement of child custody proceedings if the child is absent from the state, but a parent or person acting as a parent continues to live in the state.” “Uniform Child Custody Jurisdiction And Enforcement Act …” Wikipedia. N.p., n.d. Web. 10 Apr. 2015.

This definition cannot always be applied to a child/guardians living situation, however. If the first guideline cannot be met, courts then determine what home state is designated under step #2: “If no state has jurisdiction under #1, then jurisdiction is proper where the child and at least one parent have a significant connection with the state, and substantial evidence concerning the custody determination is available” (id.) In the very rare occasion that neither of these tactics lead to a legally binding home state then courts move on to the third and final step: “If no state has jurisdiction under #1 or #2, jurisdiction is proper in any state having an appropriate connection with the child.”

After the home state of a child is finally determined, there is one last task that must be accomplished before a pickup or return order can be legally warranted. Courts must decide if the removal or retention of the child in question is “wrongful” under state and federal child custody laws. Once again, there are very specific guidelines in place to ensure this decision is reached in a timely and effective manner. The first guideline states that a person has wrongfully removed a child when that removal is “in breach of rights of custody attributed to a person, an institution or any other body, either jointly or alone, under the law of the State in which the child was habitually resident immediately before the removal or retention.” Additionally, a guardian will also become wrongful if “at the time of removal or retention those rights were actually exercised, either jointly or alone, or would have been so exercised but for the removal or retention.”

Understanding the complicated intricacies of these acts takes a much more in-depth knowledge of child custody and family law than this article can provide. Having talented and well-experienced attorneys can help prevent your child from entering the complicated and harmful legal gray areas that these acts are meant to prevent. Investing in the best family law help available in your area will help guarantee that both you and your child can navigate this emotionally trying and frustrating time with as much ease and convenience as possible.

The small details and differences in family and custody law that happen from state to state make it even more difficult to navigate these processes without the proper help. This is another area where an attorney will provide an invaluable asset for securing your child’s future well-being. Occasionally, you may be required to consult attorneys who have experience in dealing with international cases of child custody. Locating a firm or individual with an in-depth understanding of the Hague Convention, in particular, can be necessary in such cases. Both you and your child’s well-being are on the line, so never settle for help from a team that is not focused on helping you navigate these delicate and important issues.