Invalid Prenuptial Agreements: Clauses that are Invalid under Florida Law 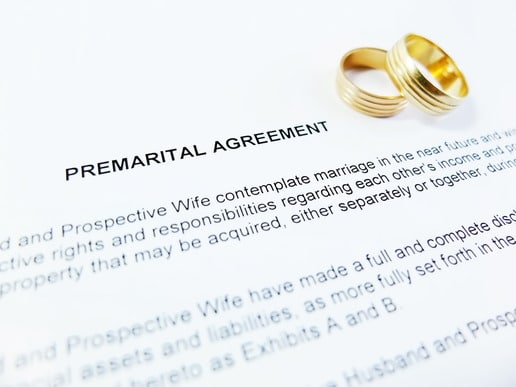 Prenuptial agreements seem to be becoming more predominant in the Miami, Florida area. As a family law firm that drafts prenuptial agreements, a lot of the calls that we receive are from couples in which one of the partners has accumulated a significant amount of premarital assets and the couples’ intention is not only to secure those assets, but also the income derived from those assets during the course of the marriage for the party that earned them. An important point to note in the drafting of these agreements is that while clauses such as the aforementioned may be accomplished easily, there are other clauses that are frequently inquired about, but quite simply cannot be included in the prenuptial agreement. If the Florida Family court were to find that one of these provisions are included in the document, they will not enforce the provision (Gelfo v. Gelfo, 198 So. 2d 353, 355 (Fla. 3d DCA 1967))

Under Florida law, the following clauses would be held invalid if found in a prenuptial agreement:

If you are getting married and have any questions regarding Invalid Prenuptial Agreement Clauses, give us a call at +1.786.309.8588.