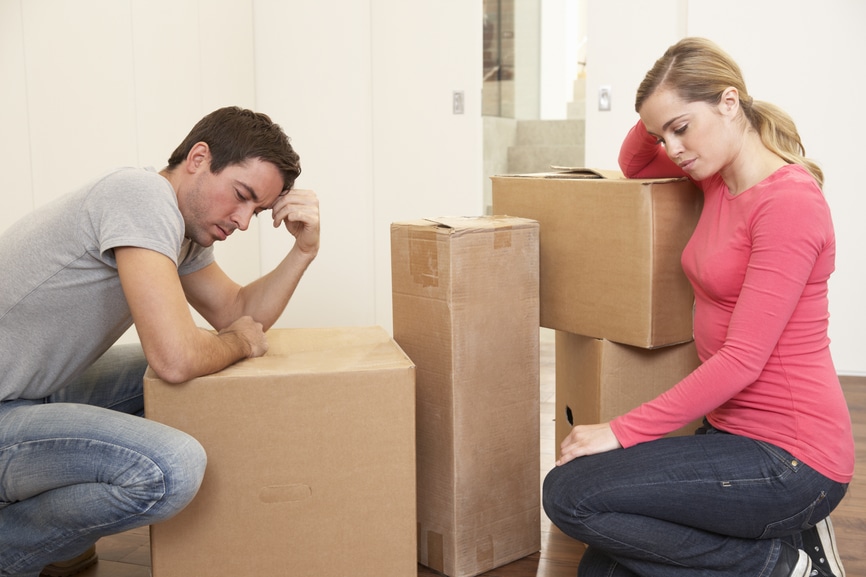 Every generation is different. Younger generations can change the landscape of society forever. They do things older generations just don’t seem to understand. While the behavior of each generation changes, the trends do not. They do not wish to conform to societal norms, even if a system has been in place for hundreds of years. They want freedom. It went against the social norm for young men to have unkempt hair in the 1960s, much like you see in the posters from The Beatles. In the 1980’s, young men had much longer hair while they listened to heavy metal. The 1990s brought alternative music to the mainstream, and grunge became the way the younger generation rebelled, seeking freedom. The behavior may change, but the attitude of each coming generation remains the same.

In August 2012, a study was presented to the American Sociological Association about marital separations. Conducted by Dmitry Tumin, a doctoral student in sociology at The Ohio State University, and Zhenchao Qian, a sociology professor at OSU, they studied couples who separated. The findings were interesting. While 80% of the study participants ended up in divorce, a surprising 15% of separations did not lead to divorce after ten years. These people chose long-term separations. Legally separated or not, if you are legally married, you cannot remarry until after the divorce is finalized.

As you may have been told, it wasn’t always this way. The 1970s saw the breakdown of the nuclear family while the notion of “free love” abounded in America. There is a new attitude among people, possibly spanning several generations, who saw a greater benefit to remaining separated but legally married. For whatever reason, they opted to not get a divorce.

Separated or not, the study found that financials played the biggest role among the reasons for remaining separated. There are certain benefits to not getting a divorce. For example, a divorce process equitably distributes all marital assets – including property, and even debt. The couples who see the divorce through often find themselves selling their house, splitting their belongings, etc. This process can either benefit or damage your financial position, depending upon your particular financial circumstance.

Money in most families is tighter today than it has ever been, and the ones who do okay for themselves are the ones who keep an eye on their budgets. Every major decision, from top executives at multinational corporations, couples buying a house, or teenagers buying a video game system, has financials at its root driving the decision.

Not every separation leads to an ugly fight where one party acts petty and wants to see the other party suffer. They often think of each other and weigh the pros and cons of getting a divorce or merely going their separate ways. Let’s look at some of the pros, or positive implications of long-term separation.

In Favor of Seperation

Th House. When a couple purchases a house together, both incomes are taken into consideration. Sometimes, both incomes are needed in order to obtain a mortgage on a house in a particular price range. In other words, they could not afford their house without the consideration and credit of the other person. A separation may mean that they can continue to afford making mortgage payments on the house.

Insurance. Insurance is a big one. Health coverage often holds the most weight, wherein if you are divorced, one party may lose health insurance coverage. Separating means both sides keep insurance coverage. Insurance is also often less expensive for married people because they are seen as being more responsible and careful with their health than single people in the same age group.

Social Security Benefits. If a marriage lasted more than ten years, social security benefits are extended to both parties. Couples who are civil towards each other will often deliberately delay divorce just to reach that ten-year mark.

In Favor of Divorce

Benefits are often weighed against pitfalls or possible dangers of any significant decision. A financial implication like debt distribution must be considered. Married couples share debt equally. If one spouse falls behind on credit card or other debt payments, both parties are affected ~ separated or not. Divorce can stop the ill-advised actions of one spouse from negatively affecting the other. Economic independence means not sharing finances with a separated spouse.

If you remain separated, you cannot remarry. Getting remarried is the chief driver of divorces after separations. If this is a concern, divorce, obviously, might be a better option. If the couple agrees on most how to split most assets, including child needs and care, the divorce may be “clean”. This is referred to as an “Uncontested Divorce”.

If you do not have a good relationship with your spouse, you may risk things taking a turn for the worse. Divorce can provide you with a fresh start by closing the door on what wasn’t working and opening the window for what may.

In the end, there are a lot of things that you should consider before either separating or divorcing. If you have any questions about how a possible divorce or separation may affect your situation, feel free to give us a call in order to receive a free consultation.