9 Facts About Prenuptial Agreements That You Should Know 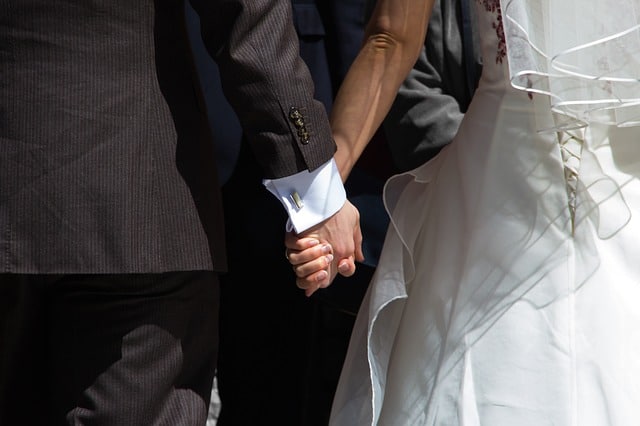 09 Feb 9 Facts About Prenuptial Agreements That You Should Know

9 Facts About Prenuptial Agreements That You Should Know

No matter how well your prenuptial agreement is crafted, you really should consult with a divorce lawyer for aid in the divorce proceedings. Experienced legal counsel will help you to ensure that the provisions that you originally agreed to are honored.  A prenup will definitely make the divorce process run more smoothly, but separation / divorce is usually messy. Having proper legal representation in your corner will help.

When you file for a divorce, a judge is going to be looking over your prenuptial agreement very closely and turning an experienced legal eye to the agreement’s every contested detail. Like any other contract or legal agreement, the specifics matter – a lot. Don’t assume that a judge will “get the idea” or interpret a prenup exactly as you hope; even the apparent minutia contained within “boilerplate”  can play an important role in your divorce proceedings.

A prenuptial agreement can arrange the future disposition of a lot of things, from the fate of family property and inheritances to the status of mutual debts and obligations following a divorce. You should always remember that a prenup isn’t all about the money. Liquid assets will be important in any divorce proceedings, but there are a lot of other economic details and gray areas where a prenuptial agreement will be applicable. From governing the distribution of divorce costs to defining who inherits what upon a spouse’s passing, prenups are about a lot more than simple dollars.

Each U.S. state can treat prenuptial agreements very differently. In some states, the property can be defined as either “communal/marital” or individual, and such distinctions will make interpreting your prenup messy where property and assets are concerned. Additionally, some states have more restrictive views about what can and can’t be included in a prenuptial agreement to begin with, meaning if you are divorced in a different state from where your prenup was crafted, some clauses in your original agreement may not be binding. Remember when considering divorce that a judge will be keeping state divorce and marriage law in mind when interpreting your prenup.

Some countries don’t consider prenuptial agreements valid at all, and instead govern divorce by clearly defined universally applicable guidelines. Just like getting divorced in a different state from where your prenup was signed, getting divorced in a different country may mean certain aspects of your prenuptial agreement will not hold up in court. And in some cases, your prenup will be disregarded entirely.

A prenuptial agreement can cover a lot of things, but one area that the prenuptial agreement does not cover is in the distribution of custody, access, and responsibility relating to your children. This delicate issue will need to be worked out in divorce court without the help of a prenup. By law, custody issues in the United States must be resolved in the best interest of the children in question at the time of a divorce, so pre-determined agreements governing separation won’t hold any weight. While custody battles can be notoriously messy in their own right, your child’s future won’t be tied to your prenuptial agreement.

If your prenuptial agreement wasn’t written down, it has just about zero chance of holding up in court. Not only must the agreement be set in ink, but it must also be perceived as legitimate by the judge overseeing divorce proceedings, meaning it must be in legal language and in an appropriate medium. For example, Steven Spielberg’s prenup (simply scribbled on the back of a cocktail napkin) was famously declared invalid. Unless your prenup is in writing and complies with certain formalities, you may find yourself in Steven’s position.

One of the most common reasons that a prenuptial agreement might be declared invalid by a judge is that the agreement wasn’t based on the full truth in that one or both parties weren’t totally honest in disclosing their present or future assets. A prenup needs to be based on accurate information. If one or both parties fails to disclose the contents of a bank account, the likeliness of a future inheritance, or the ownership of a property, a judge will very likely find the entire agreement to not be applicable during divorce proceedings.

Some prenuptial agreements include a “sunset clause,” which renders the document obsolete after a set period of time. Alternatively, some prenups specify a period of time after which the agreement needs to be re-negotiated, and if that date is passed without any meaningful renegotiation taking place, your prenup will likely be found invalid.

The Bottom Line:
A prenuptial agreement can make divorce proceedings go a lot more smoothly, with a few exceptions. There are a handful of reasons why the judge presiding over divorce court might declare a prenup invalid, leading to some or all of the agreement not having an effect. In any case, while a prenuptial agreement is usually an excellent idea, it will not obviate the need for the help of a lawyer to make sure that your prenup is interpreted fairly in accord with the intent of the parties at the time of signing.