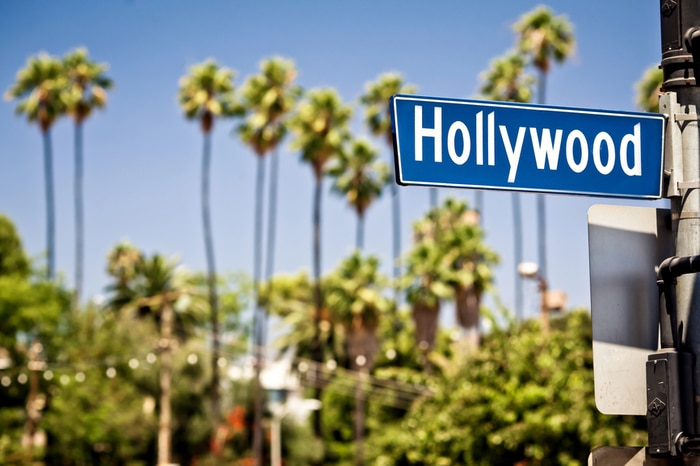 Hollywood and Miami are thousands of miles apart, a whole country between them, and yet residents of L.A. and Dade county often comment about the similarities the two areas share. And there is more in common between Hollywood and Miami than pleasant weather and beautiful tan people: just like everywhere else in America, there are many people in Miami going through a divorce at any given time. Additionally, believe it or not, there are lessons to be learned about divorce from the world of big-budget Hollywood movies. While Hollywood movies have a deserved reputation of straying far from reality, there are still some great lessons to be learned when it comes to divorce from Hollywood films. Read on for the three biggest things you can learn about separation from Hollywood movies, as well as tips to applying these lessons to your legal situation when a divorce occurs.

1. Your Kids Will Get Involved

Remember the iconic scene in Kramer vs. Kramer when Dustin Hoffman is confronted with this cruel reality of divorce for the first time? That classic movie does an excellent job of showing just how messy divorce can be where kids are involved, but it isn’t the only Hollywood blockbuster to tackle this theme. While family drama is often exaggerated in movies, one thing they do well highlights the effect that divorce will have on your children.

While you may enter divorce with the hope that your kids will get left out of proceedings, remember Kramer vs. Kramer: sadly, kids are bound to get caught up in the mix. And from a legal perspective, custody battles can be one of the messiest and hurtful aspects of a divorce, as prenups have no bearing and emotions run wild.

The best thing you can do to make sure that your kids make it through divorce proceedings as safely as possible, and don’t get dragged into ugly legal battles, speak with your divorce lawyer early about your custody concerns. Be direct with your lawyer about your wish to keep your kids out of the courtroom and not get them involved, layout what you want to see as far as custody is concerned, and let your divorce lawyer get to work doing their best to meet your needs. This isn’t an area where “winging it” or trying to figure things out on your own is advised. Your kids’ happiness is on the line!

If you have ever been through a terrible break-up, this lesson from Hollywood probably comes as no surprise. But it receives so much attention in big movies that we had to give it a nod here. Remember in Blue Valentine, when Ryan Gosling is pushed to the point of threatening suicide because of how hard his separation is pulling at his heartstrings? Or in War of the Roses, when, no matter the best intentions of the couple involved, tensions during divorce escalate out of hand very quickly?

There are countless other examples in Hollywood movies of divorce proceedings going south, and couples who once loved each other erupting in emotion. Even if you and your spouse are usually level-headed, don’t have any animosity towards each other, and, in general, have good control of your emotions, chances are that feelings will be hurt and things will get out of hand in the motions department. And this is entirely natural: just like in the movies, it’s expected for couples to have a very emotionally rough time during divorce. Think about it: your whole life is changing, your identity is going through some tremendous upheavals, and everything you know will be different soon. It’s totally reasonable that such a huge life event will make everyone emotional.

Instead of being ashamed about the emotional volatility that occurs during divorce, you can be proactive in minimizing emotional damage in a number of ways. First, trust in your divorce lawyer to help you see logic through the pain. While your judgment may be clouded by feelings of animosity or hurt as your life goes through some significant changes, your divorce lawyer is a trained professional who can keep an eye on what is important for you.

Second, communicate with your divorce lawyer full Most divorce lawyers are very accustomed to hearing about their client’s emotional reactions where divorce is concerned, and being open and honest with your lawyer now about how you are feeling, what your needs are, and how the divorce is affecting you will all help your lawyer do their job well. Don’t be ashamed of emotions, and don’t try to put on a “tough face” where your lawyer is concerned. Otherwise, your story may not have the happiest Hollywood ending.

3. Things Will Get Confusing

If there is one thing Hollywood loves, it’s a good plot twist. While your divorce probably won’t be as much of a “who done it” cliffhanger as Chicago or any other number of classic movies, things are bound to get confusing when a divorce takes place. Just think back to the rom-com filled twists and turns of It’s Complicated if you want a reminder of all of the many crazy turns that can happen in a divorce separation, or re-watch Take This Waltz for another look at how complicated things can get from an emotional perspective.

Beyond the many personal and emotional questions that divorce raises, things will get confusing in a legal sense as well when a divorce occurs. Again, the classic Kramer vs. Kramer has a lot of lessons to teach us on this front. It’s no coincidence that most of that movie takes place in a courtroom: from a legal perspective, divorce is confusing, and there are a lot of subtleties and ins and outs of divorce law that can take years to master. Many people who are going through a divorce for the first time will turn to the internet of self-help books to try to get a good idea of what will happen in their proceedings, but take it from us: the law behind divorce is tricky.

When smart, resourceful, and intelligent people get divorced, they can sometimes feel ashamed that the nuances of divorce law elude them, and can feel like it is their responsibility to learn everything they can about the law and act as their own attorneys. But this perspective can be very counterproductive. Even the smartest people get confused by divorce law because it is inherently confusing: state, local, and federal laws all come into play, lots of statutes are cited, and lots can happen to keep the legal framework too tangled to pick apart.

Don’t feel ashamed of your divorce confuses you. Instead, trust in a professional to make things as straightforward as possible, and keep your best interest in mind. A good divorce lawyer will walk you through what you need to know about your divorce, but won’t teach you everything there is to know about divorce law: just like in Kramer v. Kramer, divorce court is messy and confusing. This is probably the biggest lesson that Hollywood has to teach us about divorce: it isn’t easy, and you will need a good and experienced lawyer in your corner to sort out all of the complications that arise.

The Bottom Line: Hollywood Divorce is More Realistic Than You Might Think

When viewed next to Godzilla monsters and historically inaccurate Indiana Jones capers, Hollywood’s take on divorce can seem like a whole lot more fiction than fact. But if you look closely at some of the lessons that Hollywood has to teach us about divorce, there is a lot more accuracy in the movies than you might assume. Yes, drama is played up and emphasized, and no divorce is settled in the two hours or so it takes to watch a classic flick that tackles the issue, but in general, we can learn a lot from divorce in the movies.

Remember Sideways? Divorce isn’t fun, even if it can be liberating. There is so much at stake, it’s almost impossible to get through a divorce without things getting a little crazy and heated. Your kids will be involved, and just like Kramer you want what’s best for them and to protect them from the trials (literally and figuratively) and tribulations of divorce. Your emotions will run high, even if you are usually level-headed, just because of how intense of an experienced divorce is. And things will be complicated and confusing, sometimes dizzyingly so and even if you are the most intelligent person to ever get divorced.

What you should take away from all of these lessons, and all of the drama you see in the movies when people get divorced is that the process isn’t easy, and you will need help. DIY aptitude doesn’t do much in the complicated situations that arise in a divorce. If you want your story to have a happy Hollywood ending, you need an experienced divorce lawyer in your corner, plain and simple.