What Does a Child Custody Lawyer Do? 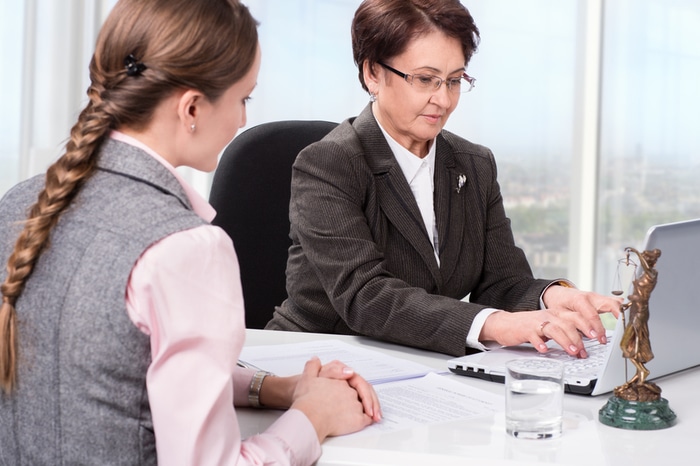 20 May What Does a Child Custody Lawyer Do?

Divorce and separation proceedings can often become very messy. These unfortunate legal happenings lead to the juggling and moving around of valuable assets, which can cause both parties a lot of stress. Perhaps more than any other task in the proceedings, the custody of children of the marriage causes the most strife.

A talented and knowledgeable Child Custody Attorney is an essential component in Child Custody matters. These passionate professionals will walk you through every step of the trials and processes to ensure you understand everything there is to know about child custody in your residential area.

Among other things, a Child Custody Attorney will teach you about the factors that family courts consider most when deciding the custody of the children, the role guardian ad litems play in the custody battle, and how you can convince a court that you are the best party for the children to live with. When going through these tough times, it can be difficult to handle the emotional aspects of dealing with both your former spouse and your children. The passionate services of a Child Custody Attorney should ideally help walk you through strategies on how to best interact with your family during custody battle disputes.

Child custody decisions have many, many factors involved with them, but will almost always end in one of two types of custody decisions: sole custody and joint custody. Knowing the ins and outs of both options will help you decide which option is best for the needs of your family. Additionally, knowing beforehand which option you prefer will allow your Child Custody Attorney to build the strongest case possible.

If you are seeking sole custody of your children, you may become their sole temporary or permanent guardian. This will place you as the primary person who has the rights and responsibilities regarding major decisions concerning child care, such as education, medical, extracurricular, and religious choices.

In cases where you feel that your former partner is unfit to look after your children, you may want to seek sole custody. There are many reasons you could feel this way, but five are particularly urgent in helping you secure sole custody of your children: drug and alcohol abuse, physical abuse or neglect, mental health issues, financial instability, and the stability of your former spouse’s living situation. When filing for sole custody due to these reasons, you will need to file a petition with the courts. With this petition, you will provide evidence of these conditions and argue why they warrant you becoming the sole custody holder for the children. After the petition is filed, your spouse will be notified and be required to attend a hearing in order to defend themselves if they wish to do so.

Sole custody can be advantageous in these situations for many reasons. Firstly, having one full-time home can help a child to feel more secure and stable in their day to day life. In the case of physical/psychological abuse or neglect, keeping the child away from the perpetrating spouse will save the child from being exposed to damaging life experiences. Finally, if the marriage was an unusually sour one, in which both spouses want as little to do with each other as possible, it can help decrease the amount of time they will need to see each other in the future.

Of course, not all divorces will end in either parent petitioning for sole custody of the children. In some cases, a separation is mutual and does not harbor any feelings of ill will. When a split happens in a civil manner and not as the result of abuse or neglect, parents will often be open to sharing the custody of their children that is beneficial to both parties. If you are going down this route, you will be seeking joint custody.

When a former couple is involved in a joint custody arrangement, they share the rights and responsibilities regarding major decisions in the child’s life. Similar to sole custody, the power each spouse holds in the arrangement can be either legal or physical. In most cases, the parent’s will sit down with their Child Custody Attorneys and decide on a schedule of custody that works best for both their and the children’s needs. When parents cannot come to a mutual agreement, Child Custody Attorneys will argue the case for their proposed visitation and living schedule, and the courts will ultimately decide on the final arrangement.

There are two types of arrangements that have proven the most popular for splitting couples. The first has the child alternating months, six-month periods or even years with between the guardians. More common, however, is the arrangement where children spend the weekdays with one parent while spending weekends and holidays with the other.

Another less frequent arrangement is a situation known as “bird’s nest custody.” In this arrangement, the children remain in the family home, and the parents take turns moving in and out to take care of the children within the home. During each parent’s time outside of the home,  they will usually have a side residence that they spend their time in. Although a much less conventional route, this does add to the child’s sense of stability and familiarity in some cases, as they can remain in one consistent living space. Continuously moving between two different homes can be stressful for children, especially those of a younger age.

All in all, there are many advantages to joint custody arrangements. It allows the children continued contact with both guardians, which can be good for their mental well-being in cases where neither parent has ever been abusive. Additionally, joint custody can sometimes help both parents maintain a more stable financial situation. Even with child support, one parent attempting to support a child financially on their own can become very stressful and difficult to manage.

However, as with any child custody arrangement, there are a few disadvantages as well. Children may need to be moved around often, which can be stressful for both the children and the parents. This is especially distressing if the parents live hours away from one another. Additionally, if either parent begins to become non-cooperative regarding the child custody arrangements, it can have severely adverse effects on the children and will probably lead to frustrating legal procedures.

Being prepared for situations where your former spouse becomes non-cooperative or lies about their financial expenditure on the children, can help you avoid being taken advantage of. Always keep records of all major expenditures you spend on the children, including things such as school supplies, after-school activities, medical care and clothing. This will help you when claiming in a court that your former spouse is lying about their expenditures, as the court will ask for such records. Sit down with your Child Custody Attorney and go over strategies on how best to keep these legal records and they will be sure to guide you through processes that will optimize the effectiveness of this task.

If there is a significant dispute between parents over the custody of a child, family courts may order a guardian ad litem to the case, who will act as a formal advocate for the interest of the child. They are meant to impartially assess the living situation of the child in order to decide on what outcome would be best for them. A Child Custody Attorney that has the experience required to deal with the Guardian Ad Litem will have the best outcome for you as a client. Ultimately, this is one of the most important roles a Child Custody Attorney may end up playing in your child custody case.

So, many important factors will end up playing into your ability to gain the desired custody of your kids, and a Child Custody Attorney will be able to guide you through each one in a professional and courteous manner. From helping you realize your strengths that will help you win the desired custody, to dealing with the many legal representatives involved in the case, a Child Custody Attorney will help you avoid making mistakes that could cost you the ability to see those you hold closest. Gaining the proper custody situation for you child can be the difference between them living an ideal childhood or a distressful one. Simply put, a Child Custody Attorney is your best weapon in securing both you and your child’s future.

Have questions? Give us a call today.