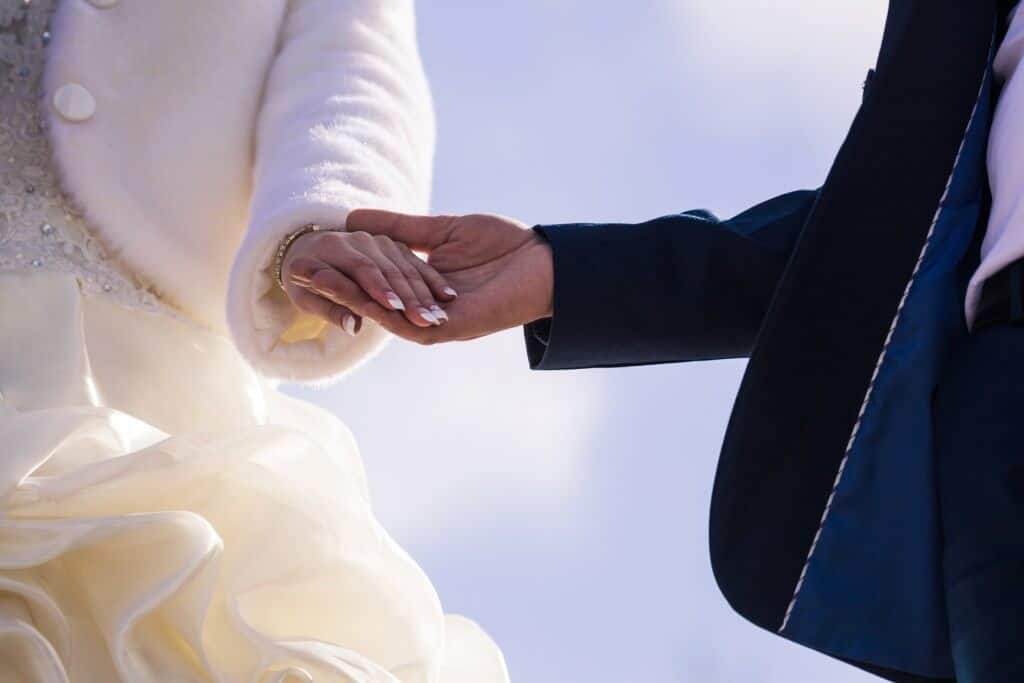 As you know, prenuptial agreements are not just for celebrities anymore. More and more couples are deciding to negotiate before tying the knot. According to study from the American Academy of Matrimonial Lawyers, more couples are opting to have a prenup. Of the 1600 members of the Academy surveyed, 63% indicated they’ve seen increased rates of couples designing prenuptial agreements in the last three years alone.

The evidence is clear that prenups are becoming even very popular and for good reason. While a prenup is not always the best solution for every couple, we list below 5 compelling advantages of prenuptial agreements, in order to provide some insight into why they are becoming such a popular and a sought-after solution.

The same study that indicated matrimonial lawyers are conducting more prenups also indicated that the number one reason couples decided to pursue a prenup was to protect real estate assets. The survey indicated that 80% of prenuptial agreements include provisions protecting certain property assets.

These separate properties could have been owned before marriage, inherited, or gifted. When a partner with property enters a marriage, they will use a prenup to guarantee that the property remains theirs in the event of a divorce. It clearly defines what is separate property and what is marital or community property upon separation or death.

A prenup effectively allows couples to make their own decisions about property and real estate assets regardless of state law. Although some states will recognize property that was owned before marriage as not being subject to equitable distribution, after years of marriage it might be difficult to identify who owned what and assets often are unwittingly “commingled” by the couple.

A prenuptial agreement doesn’t just protect property that each of the spouses already owns. The agreement can dictate what happens to property that the couple will acquire during the course of the marriage.

2. Expectations Are Established in the Beginning

Another compelling advantage of prenuptial agreements is that engaged couples can enter their marriage without any surprises or false expectations.

In the unfortunate event of a divorce, a prenuptial agreement can help the couple separate on amicable terms. Often a long, drawn-out divorce can breed resentment, contempt, and hatred for the partner that often goes unresolved. With a prenuptial agreement, most of the details were predetermined and agreed to by both parties so the divorce procedure should be comparatively smooth.

Because expectations are set from the outset, both parties are protected and empowered. While a prenuptial agreement is not for every couple, when executed properly both parties enter marriage on even footing with enhanced trust and dedication to their partnership.

Since both partners know what would happen in the event of the worst-case scenario, divorce, they now can enter marriage as a team. Knowing how you will end up after a life-changing event like a divorce can give couples some much-needed security in their relationship and dedicate themselves fully to it without unforeseen repercussions.

3. Detail Responsibilities During the Marriage

These agreements can also clearly define expectations of how everyday activities will be managed. For example, a prenup can indicate how household bills and expenses will be paid for and how any joint bank accounts will be managed. Credit card spending and payment management can also be included as well as contributions to savings accounts and reserves.

If the couple decides to invest in any projects or purchases, like home renovations, these can also be included in the prenup to detail responsibility. In the event of the death of one spouse, life insurance and property distribution can be allocated as seen fit. A prenup can also indicate how one couple will be put through school if this is a concern.

And perhaps one of the best provisions that are commonly included in prenups, the agreement can also indicate how the couple will settle any potential disagreements. This allows couples to plan ahead and know before any problems arise whether they will first seek mediation or arbitration. When something like this is agreed up, it can end up saving a couple of thousands of dollars in the event of future problems.

4. Helps Protect Children from a Prior Marriage

For older couples with children from a prior marriage, prenuptial agreements offer a way to protect them and ensure they inherit some of your assets. In the event of a divorce without a prenup, it could be possible that the spouse would get the bulk of assets and leave the children without anything.

If something unexpected happens like a divorce, for a spouse with children outside of this marriage they want to make sure children are protected and get what is rightfully theirs. By stating this in a prenup, the courts will recognize the parent’s desire to give assets to children.

On the other hand, a prenuptial agreement cannot stipulate child support or child custody for the couple’s children. This power remains in the hands of the courts. By assessing the needs in regards to the best interest of the child, the court determines how child support and custody are to be. The court does not want to deprive a child of a relationship with a fit parent or deny the right financial support.

5. Protect one Spouse from the Other’s Debts

Once married, creditors are capable of going after marital property even if only one spouse is in debt. A prenuptial agreement can help you limit your debt liability and protect you from losing assets to pay the debt incurred by your partner. No one wants to have their house or savings taken away because of their spouse’s unpaid credit card from several years ago. A prenup can protect you from this horrific scenario.

While the laws on marital debt vary from state to state, if one partner is swamped in debt, it might be a wise move to sign a prenuptial agreement clearly stating that debts accumulated separately are the individual’s sole responsibility. Having it on paper before tying the knot keeps everything transparent and much more enforceable in court.

If you’re worried that your future spouse won’t be able to handle their debt and it might end up in collections or worse, a prenuptial agreement might help protect you from the worst-case scenario of losing everything.

While an agreement can help legally clear up the confusion, you should have a discussion about debt and debt repayment with your partner before entering into marriage. Make sure the person in debt has a repayment strategy in place and is committed to following through with it. Besides talking about debt, you should also have a general discussion about finances and come to terms with each other on this issue. Money issues are one of the main reasons couples file for divorce in the first place. If using a prenuptial agreement could prevent you from having money issues with your future spouse, it might be worth it.

As more couples seek to protect themselves and their spouse from the harmful and life-altering effects of divorce, prenuptial agreements are growing increasingly popular. With the number of prenups growing exponentially as compared to just a few years ago, the reasons couples seek this agreement is compelling.

Whether you’re entering a marriage with investments and real estate property or children from a previous relationship, a prenuptial agreement has the power to set clear expectations for both parties and protect both partners from a devastating divorce.