Florida Divorce Due to Adultery 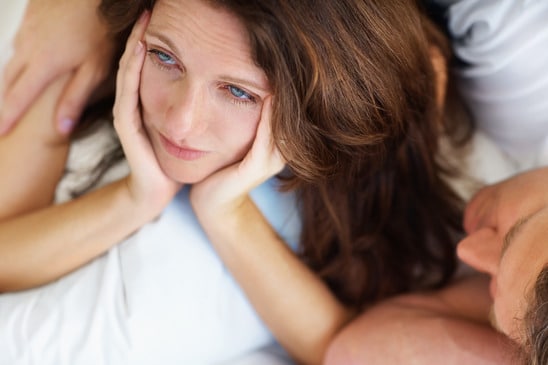 18 Nov Florida Divorce Due to Adultery

Divorce Due to Adultery in Florida

Is Adultery Illegal in Florida? Under Florida Statute §798.01, whoever lives in an open state of adultery shall be guilty of a misdemeanor of the second degree, punishable as provided in s. 775.082 or s. 775.083. Where either of the parties living in an open state of adultery is married, both parties so living shall be deemed to be guilty of the offense provided for in this section.

For example, let’s say your spouse has taken up with another partner and they decided to live together and behave as if they were married (Watson v. State, 142 Fla. 218 (1940)). The cohabiting couple may be found guilty of adultery, subjecting themselves to possible prosecution under Florida law. The potential penalty for committing adultery, under Florida Statute §798.082, is being convicted of a designated misdemeanor and being sentenced to a definite term of imprisonment not exceeding 60 days and/or, under Florida Statute § 798.083,  a fine of up to $500.

Adultery: What Can My Florida Divorce Lawyer Do?

For example, if one spouse was using marital assets to support their extra-marital relationship, this can have a large impact on how the judge equitably distributes the assets of that marriage. That is, it is important to determine the amount of money that the adulterous spouse has spent on the illicit relationship, as that way you will know how much money you should deduct from his or her portion of the equitably divided marital estate. To do otherwise would effectively force the innocent spouse to pay for the cost of the spouse’s affair.

Is it necessary, under Miami, Florida law, to prove wrongful conduct such as adultery, in order to obtain a divorce? The answer is no, Florida is a “No-Fault Divorce” state. Under Florida’s Marriage Dissolution Act of 1971, it is no longer necessary to prove that either party is at fault for the breakdown of the marriage. The Florida court may now grant a judgment of dissolution (Divorce) on a showing by the parties that the marriage is irretrievably broken. While evidence regarding adulterous behavior can be admitted as overt evidence that the marriage is irretrievably broken, such evidence is not necessary. While the trial court is required to take evidence in order to determine that the marriage has in fact broken down, the court may grant the judgment based solely on the subjective testimony of each of the petitioners.

Consequences of Adultery on Divorce Settlements in Florida

Things can become tricky when adultery is involved in a divorce. Adultery and infidelity are common causes for divorce, with over one-third of married men cheating on the spouse and nearly one-fourth of married women cheating. People often think that the party that cheated will get less, but is that always the case?  What effect (if any) does adultery have on the divorce?

The first step to answering this question is to explain some of the key terms and how they relate to divorce. Infidelity, or adultery, is simply when one spouse has been unfaithful. Adultery refers to a consensual sexual relationship that occurs outside of the marital relationship. When it comes to divorce proceedings, Florida is a “no-fault” state. This means that any reason can be given when filing for divorce and that the court will not decide which party is at fault.

Most people tend to assume that because one party cheated the divorce will be deemed their fault, and they will end up getting less in the divorce, but that is typically not the case. Florida is also an equitable distribution state, meaning that the property of a married couple is split up as evenly as possible in most cases. However, if one spouse spent shared funds on gifts, trips, or even dinners on another partner, the court can view that as a waste of shared assets and penalize the adulterer when the property is being distributed. Still, the spending of shared funds has to be proven, which results in adultery not having a huge impact on property division in most cases.

Florida divorce law specifies that adultery can be taken into account when awarding alimony. Of course, there are many other factors that the court will consider when deciding on alimony. The length of the marriage, income, financial resources, earning capacity, the standard of living, age, and fitness of each spouse, will all be taken into account. Additionally, courts will often look to see if joint funds were spent on the affair to help determine the impact it had on the marriage and the financial well-being of either party.

Adultery can also have an impact on what kind of alimony is awarded. There are several different types of alimony that will be awarded based on the circumstances of the marriage and of the divorce. Lump-sum alimony is when the alimony is awarded all at once rather than being spread out over any length of time and is a relatively uncommon form of alimony. Temporary or bridge-the-gap alimony is awarded for a set span of time, usually with the purpose of helping one spouse get back on their feet so that they can find a new means to support themselves. Similarly, rehabilitative alimony is awarded when one spouse needs to develop skills to be able to live on their own.

Rehabilitative alimony will only be paid as long as the receiving party continues to develop needed skills. Permanent alimony plans will usually cease to be paid if the receiving spouse remarries, or other similar conditions are met. In some divorce cases, multiple types of alimony will be awarded, such as rehabilitative and permanent, meaning the paying spouse would pay for schooling and then continue to pay a different amount after that. Adultery can influence the court into picking the more strict forms of alimony, or even multiple forms.

While Adultery can have some minor influence over the other aspects of the divorce, it plays a large role in the settlement process. Alimony awards often take adultery into account and can be awarded based on adultery.

If you have any other questions regarding no-fault divorce, and if you are reading this article, you probably do – call a Miami Divorce Attorney at 1.786.309.8588. The initial consultation is free.